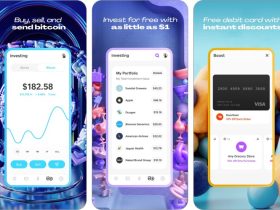 Which Crypto Apps Are Best For Beginners? 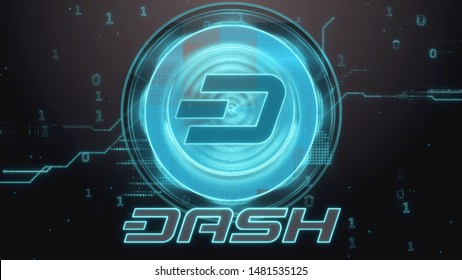 If you’re unfamiliar with Dash, this article will introduce you to the blockchain-based peer-to-peer payment transfer protocol. Learn why Dash is so secure, how it has a formal voting system, and how it uses a second-tier network. After you’ve finished reading this article, you’ll be well-equipped to invest in the currency. Whether you’re new to crypto or already a cryptocurrency guru, this article will explain why Dash is worth your time and money.

Dash is a cryptocurrency that combines the concepts of cash, digital currency, and blockchain technology. Its mission is to become a convenient and secure means of daily transactions, comparable to PayPal, credit cards, and the like. The first versions of Dash were designed for privacy and total anonymity. But the project has since broadened its scope to become a useful method of daily payment. While it is still committed to privacy and strong encryption, it is a decentralized network that is built on a unique consensus mechanism, unlike Bitcoin‘s proof of work or Cardano‘s proof-of-stake. The network can only be run by special validators, which makes it a unique form of decentralized currency.

A masternode is a powerful tool that enables Dash users to participate in the network’s decentralized governance process. A masternode is a unique asset that is owned by a Dash user and allows them to vote for projects. Proposals that receive at least ten percent of the vote of all masternodes are funded when a new super block is released. Dash users can be masternodes by simply creating a masternode.

See also  How to Invest in Cryptocurrency For Beginners

Private Send and CoinJoin are two of the methods used by Dash. Private Send requires that someone construct a coinJoin transaction for the transaction. With CoinJoin, users contact a random masternode to collect coins from different users and combine them. Neither the user nor the masternode can steal a user’s coins. These methods make Dash an excellent choice for those who want instant and secure transactions.

It has a formal voting system

The dash crypto is decentralized and has a formal voting system. The majority of the coins that are created in Dash are awarded to miners, masternodes, and the treasury. The other half goes to the development team and marketing. The voting system helps to eliminate unproductive debate and make decisions faster. If you have concerns about the system, please contact us. We will be happy to discuss the benefits of Dash with you.

The DBS allows the Dash project to resolve development decisions and funding issues. In January, Evan Duffield created a Budget Proposal and asked for 5 Dash from Masternodes. In the next few hours, the system had approved the proposal and moved forward. This is an interesting development, as the Bitcoin community has been debating the 2MB Block Size for over a year. The Dash system has a voting system that helps the community make decisions.

It uses a second-tier network to secure transactions

As a result of its masternode system, Dash crypto is able to provide fast propagation of transactions and synchronization of messages. The network is highly available, and masternodes will participate in the Masternode Reward Program. The rewards for running a masternode will depend on how much Dash is committed. Those with a high commitment will be rewarded with a percentage of the new block reward and will also have voting rights within the network.

To operate a masternode, you must have at least 1,000 Dash. These masternodes control the creation of new tokens. Unlike most coins, Dash masternodes can vote on proposals regarding governance and funding. However, keep in mind that Dash is very volatile, and price fluctuations can be as high as 10% in a day. To prevent this from happening, invest in the Dash DAO.

It uses a modification of the Proof of Stake algorithm

The proof-of-stake algorithm is one of the most widely used cryptocurrencies, but what makes Dash unique is its self-funding governance model. Block rewards are split between three critical stakeholders: Masternodes, Miners, and the Treasury. As a decentralized coin, Dash aims to be used for everyday transactions between peers. The currency is used in a scattering fashion, particularly in economically struggling countries.

In order to use Dash, you must own 1000 DASH and be a masternode operator. In return, you get additional payments when a block rewards. Masternodes can spend and move Dash at any time, but if your masternode is not active, it will fall off the masternode queue. In addition to this, you are given a vote for proposals. Every masternode has one vote, which you can use to approve budget proposals. This means that you can vote on the major decisions that affect the Dash network.

It has a decentralized autonomous organization

A decentralized autonomous organization is similar to a fan club in which supporters buy their way in by purchasing a certain amount of cryptocurrency tokens. They then have a say in how the money is spent within the organization. These organizations are typically modeled with a flat hierarchy that prevents the concentration of power and ensures that money is spent properly. In addition, all decisions and voting processes within a DAO are secured by a smart contract.