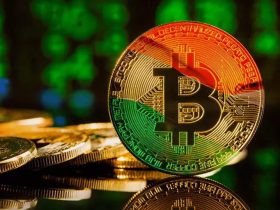 Contents
Bitcoin is a form of digital currency
It is mined by a vast, decentralized network of computers
It allows secure and seamless peer-to-peer transactions on the internet
It is a store of value
It is volatile
It is not innocuous

If you’re interested in learning more about the bitcoin cryptocurrency, then you’ve come to the right place. This digital currency, mined by a decentralized network of computers, provides a secure and convenient method of peer-to-peer online transactions. This article will walk you through the basics of the bitcoin cryptocurrency and why you should consider purchasing it. Besides its convenience, it also has several important uses that make it a desirable asset.

Bitcoin is a form of digital currency

A computer file, bitcoin is a form of digital currency that is decentralized, unregulated, and not issued or regulated by any government. It is generated by a process called “mining” in which people contribute computers to the Bitcoin network and receive bitcoins in return. It has no centralized creator and the number of Bitcoins is capped at 21 million by its developers. It is the most popular cryptocurrency currently in circulation and not considered legal tender.

The supply and demand of bitcoins determine its value. The price of bitcoins rises when demand increases and falls when supply decreases. Because it is so small, it doesn’t take a large amount of money to move the price. This is a key characteristic of bitcoin. Despite the volatility of its price, bitcoin is an excellent alternative to fiat currencies. Its low transaction costs and decentralized nature have made it the currency of choice for many people.

It is mined by a vast, decentralized network of computers

The process of mining consists of employing sophisticated equipment and computing power to verify and create new Bitcoin. Miners receive rewards in the form of Bitcoin if they successfully solve difficult mathematical problems. Bitcoin mining is a virtuous cycle that rewards computers for processing power. If you have the hardware and desire to mine Bitcoin, then consider joining the Bitcoin mining network. Bitcoin mining is a worthwhile activity for anyone who enjoys solving mathematical problems.

The vast network of computers that mine Bitcoin are based in countries with cheap electricity. However, this system raises a number of concerns, including energy consumption. Mining a bitcoin requires a vast amount of computing power, and the energy consumption of this network has been compared to Austria’s overall energy usage. A popular Bitcoin mining pool has promised to limit the amount of computing power it uses, and aims to prevent the infamous 51% fiasco.

The Bitcoin cryptocurrency is a decentralized, global digital currency that allows users to conduct secure and seamless peer-to-peer financial transactions over the internet. Since the currency is distributed, there is no central authority or institution to censor or control its use. This creates a much lower risk for fraud than traditional payment systems and can be used to make online purchases and payments from around the world.

Another major benefit of bitcoin is its security. Unlike most currencies, it is almost impossible to create a fake bitcoin transaction. Using a public-key-based system, bitcoin transactions have a very low risk of being hacked. This makes them ideal for online transactions as private financial information cannot be disclosed on the Internet. Further, bitcoins are completely legal to use and are accepted by many companies and online retailers.

It is a store of value

The debate on whether Bitcoin is a store of value is ongoing, with proponents of the currency comparing it to digital gold. Many Bitcoin enthusiasts have echoed this idea, arguing that Bitcoin is an asset that will never depreciate. However, Bitcoin’s wild volatility doesn’t deter many investors from buying the digital currency. Indeed, it remains the top performing asset class. So, does this make Bitcoin a good store of value?

Bitcoin is decentralized and purely digital, making it difficult to confiscate and take with you. While gold is widely accepted, it’s not universally used as a means of payment. According to surveys, only a small portion of bitcoin holders use their bitcoins regularly for payment. Furthermore, Bitcoin’s price has a very large range, reducing its utility as a store of value. So, is bitcoin really a good investment?

The price of Bitcoin is highly volatile, as it has recently experienced a record high of $64,000, swooping down to less than $30,000 for much of the summer. From there, it surged to more than $68,000 in November before plummeting back to less than $35,000 by the start of January 2022. Bitcoin has posted a very impressive price history since its launch in 2009, but its many conspicuous crashes have made it difficult for new investors to make a profit.

One reason why the bitcoin market is so volatile is the lack of historical data, which helps investors assess the risk and reward of their investment. Because the cryptocurrency market is very new, the market reacts to new developments in the crypto industry. As people from all over the world come up with new cryptos and applications, they have an impact on the rate of adoption and ultimately the entire market. For this reason, there is no single way to predict the price of Bitcoin, as the price is likely to fluctuate in a short period of time.

It is not innocuous

While the idea of a Bitcoin cryptocurrency may seem innocuous, its environmental impact is far from sneezing-innocent. The processing of Bitcoin transactions requires massive computing power, which is provided by “miners”. In return, these miners receive bitcoin rewards. Mining requires massive amounts of energy – more than entire countries consume – and specialized mining machines produce mountains of electronic waste. While Bitcoin has a limited supply of natural resources, the mining process is far from green.