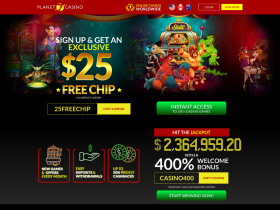 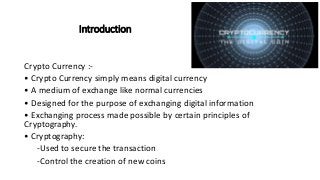 Cryptocurrency is a digital form of money that relies on distributed ledger technology. This system stores ownership and transaction data in a database. The database is known as a blockchain. This makes it extremely difficult to counterfeit a cryptocurrency. It also offers a secure, convenient way to store and transfer money.

Blockchain technology has the potential to revolutionize the economy and slash the cost of transactions, but before it does, it must be developed further. It will be most powerful when it is linked to a new type of business model that deviates from current approaches. This new model will enable businesses to capitalize on the potential of blockchain.

The emergence of cryptocurrency has prompted a number of new developments. For instance, the New York Stock Exchange announced its intention to provide cryptocurrency services, and Square announced it is hiring blockchain engineers to develop the company’s future plans. The New York Stock Exchange also created a digital wallet company called Bakkt, which will support crypto trading. In addition, PayPal says it will allow cryptocurrency transactions for customers. El Salvador is also the first country to adopt Bitcoin as legal tender.

Bitcoin is a digital currency that has many advantages over conventional currencies. It is a decentralized, global currency, which does not require any centralized intermediary and does not close on weekends. It also does not charge access fees and imposes no arbitrary limits. Another major advantage of Bitcoin is that its transactions are irreversible, meaning that the recipient cannot reverse them. This is unlike conventional banking and credit cards where a transaction can be reversed months or even years after it is made. Besides, centralized intermediaries in these systems create higher fraud risk and charge higher fees.

See also  How to Get Into the Cryptocurrency Market

Bitcoin is a currency created in 2008, and it was initially designed as an alternative to conventional payment methods that relied on centralized authority. There are still ongoing debates about how Bitcoin works, but its main purpose is to provide a way to move money from one place to another without the help of a third party. The creator of Bitcoin, a pseudonymous person or group called Satoshi Nakamoto, wrote a white paper in 2008 that was then published on a small mailing list for cryptography enthusiasts.

Ethereum is an open-source decentralized blockchain that provides smart contract functionality. Its native cryptocurrency, Ether, is second only to Bitcoin in market capitalization. Its use in financial transactions is increasing and the platform is already home to a large developer community. If you are looking to invest in cryptocurrency, Ethereum is an excellent choice.

Currently, there are about 90 million Ether coins in circulation. Although this number may seem high, it is actually relatively small compared to Bitcoin, which has a limit of 21 million. The cryptocurrency is becoming more accessible to users by the day, with applications like Venmo and PayPal supporting the purchase of Ether using fiat currency. However, Ethereum still has scalability problems, and its decentralization and PoW consensus algorithm limit the amount of interaction between users.

In addition to being a cryptocurrency, Ethereum offers a decentralized platform for developers. Developers and companies can build decentralized apps that allow people to share data and lend or purchase items. Unlike traditional web platforms, the platform does not require users to provide personal information. It is also free to use, allowing anyone to participate.

Stablecoins are crypto currencies that are priced to match the value of a reference asset. This asset can be a fiat currency, an exchange-traded commodity, or another cryptocurrency. This allows for higher trading volume and lower volatility. Stablecoins are growing in popularity and can be a great way to invest in cryptocurrencies.

Cryptocurrency investors can use stablecoins as a hedge and protection tool. In case of a crash, they can sell their crypto assets and repurchase them at a higher price. Stablecoins are not meant to replace the unpegged cryptocurrency, but they are a great way to diversify your investments. Stablecoins can also serve as a medium of exchange for risk-averse investors.

Regulators are also closely monitoring the market for stablecoins. They are still not sure how to regulate the technology. In the United States, regulators may treat stablecoins as banks or securities. In addition, the White House is expected to release a government-wide strategy for digital assets that will ask federal agencies to assess the risks associated with digital assets.

Altcoins are a type of digital currency. Like Bitcoin, these digital currencies are decentralized and can be a great way to diversify your portfolio. They also allow you to participate in governance decisions of various projects. There are many different types of altcoins and the market for them is constantly expanding. While it is tempting to try to time the market and get rich quick, experts advise holding crypto assets for less than five percent of your portfolio. In addition to crypto, consider using low-cost index funds to diversify your portfolio and save for emergencies.

While Bitcoin is the most popular, there are also many altcoins available for purchase. These digital coins act like conventional money, and can be used for exchanges and to store value. You can purchase them from exchanges like bitFlyer.