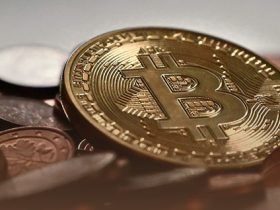 Ethereum is a decentralized open-source blockchain that includes smart contract functionality. Its native cryptocurrency, Ether, is second only to bitcoin in market capitalization. This article will cover what Ethereum is and how it works. It’s a good place to start if you’re thinking of getting involved with cryptocurrency.

Ether is a cryptocurrency

Ether is a cryptocurrency that is minted on the Ethereum blockhain. This blockchain was created by Canadian-Russian programmer Vitalik Buterin when he was just 19 years old. This currency is used by cryptocurrency traders to purchase other cryptocurrencies, including Dogecoin. It is also used to authenticate ownership of digital products. Its value has grown to over $1.36 billion at current prices.

Ether is used in a number of applications, such as lending and borrowing. It operates on the blockchain network, and transactions are verified by a decentralized system using cryptography. It is often used for investment purposes, as it can be used as collateral in crypto loans and as a payment system.

Ethereum is a peer-to-peer network

Ethereum is a decentralized peer-to-peer network cryptocurrency that was created in 2013. Its creators, Vitalik Buterin, Gavin Wood, Charles Hoskinson, and Anthony Di Iorio, launched it at a cost of $0.31 per coin in 2015. The main purpose of Ethereum was to extend the functionality of Bitcoin’s blockchain. Ethereum is a programmable ledger that allows you to execute smart contracts and create many different types of decentralized applications.

One of the most notable uses for Ethereum is as a decentralized financial system. This system opens up banking services to anyone with an internet connection. Users can use their ETH as collateral for loans and as liquid assets to earn interest. The blockchain is decentralized and transparent, and no single entity controls the supply of ether. The network relies on a decentralized system of computers called “nodes” to store blockchain data. These nodes replace individual servers and cloud systems owned by major internet providers.

The Ethereum platform is a decentralized platform that allows users to build decentralized applications. Smart contracts on the Ethereum network allow users to automate processes such as payment. These contracts are composed of a set of code that executes guaranteed and automated tasks. For example, if Alice sends money to Contract Y, that money will run through a set of functions inside that contract before reaching Bob. An escrow function could then release the funds to Bob once certain conditions are met, ensuring that Bob will receive his payment. This decentralized network has the potential to be a massive internet of automated value transfer.

Proponents of Ethereum have argued that regulators should not have any authority over the network. They maintain that this is because Ethereum is decentralized and not subject to any legal authority. However, many crypto evangelists have argued that Ethereum and other decentralized projects are outside of the real world. In fact, Binance CEO Changpeng Zhao recently claimed that his crypto company, Binance, is “decentralized” and that it has no offices in any jurisdiction.

It uses a smart contract system

Smart contracts are the core building blocks of the Ethereum application platform. They are computer programs stored on the blockchain that are irreversible and immutable. They allow for the automation of processes that usually require human intervention. These contracts can be created by anyone on the Ethereum network. They can include terms and conditions that both parties must meet before the transaction can proceed.

To run smart contracts, the Ethereum network uses a cryptocurrency called ether. It represents value, and there are exchanges that let you trade it for real-world money. Another important element of Ethereum is its smart contract system, which allows it to execute any algorithm. It can carry arbitrary state, perform any arbitrary computation, and even call other smart contracts. This gives Ethereum scripting tremendous flexibility.