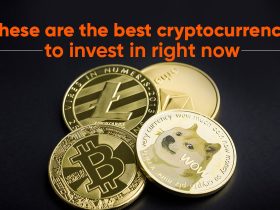 For investors, a large-cap cryptocurrency has a market cap of $10 billion or more. There are only a few cryptocurrencies that meet this criteria. Bitcoin and Ethereum fall into this category. These coins tend to be more stable than others due to their high liquidity, which means they are less vulnerable to sudden price drops from major holders. On the other hand, mid-cap cryptocurrencies fall between $1 billion and $10 billion, and they tend to be more risky than their large-cap counterparts. Mid-cap coins may have more potential to grow.

While the market cap can help you compare currencies and make more informed decisions, it’s important to use actual data when investing. While it’s tempting to take emotional risks in the cryptocurrency world, the media often oversells altcoins and hypes their bull runs, while ignoring prolonged bear markets. With this in mind, you’ll want to stick to large-cap currencies.

Solana, for instance, has a $48 billion market cap, but it’s not as well known as Ethereum. Solana was developed to challenge Ethereum, and is gaining users and investors. The value of cryptocurrencies is based on their market cap, not on the value of their assets. While the market cap can give you an indication of trends, it’s not a value-based indicator like the stock market.

See also  Is Binance Coin the Best Crypto to Invest In Now?

Small-cap cryptocurrencies are still relatively new and are a riskier investment because they are not as established. While this means they may be low-profile and lack market hype, many are hidden gems with massive growth potential. As a result, small-cap cryptocurrencies are often more volatile than their larger counterparts, but still have room for growth. These coins are best for speculative investors as they have a relatively low market cap and little evidence to support the hype.